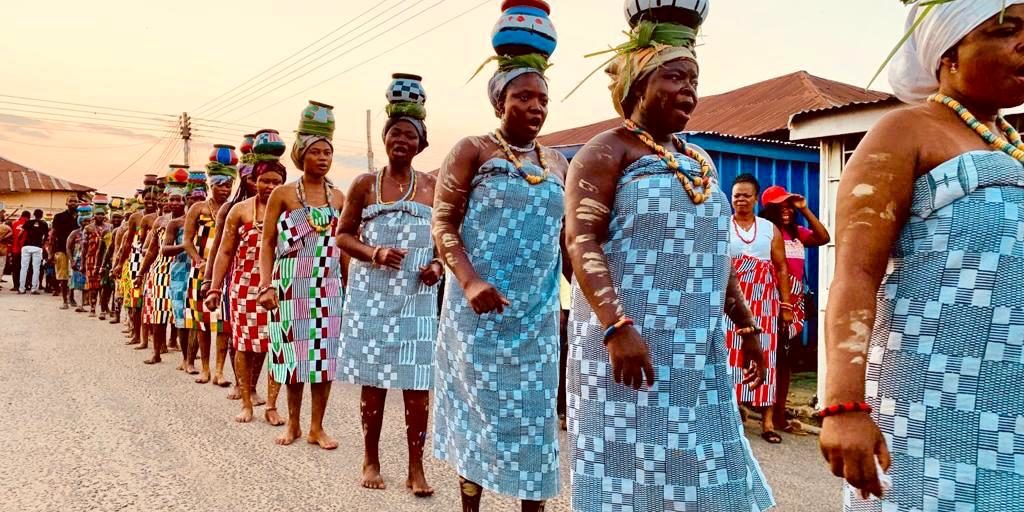 For the purpose of this blog post, we cover the most predominant ethnic groups in Ghana. It is however worth noting that there around 100 different groups! Ghana is most definitely a culturally and ethnically diverse country!

The Ga-Adangbe people reside mainly around Accra as well as throughout the Eastern region. It is believed they migrated from present-day Nigeria to their final destination to what is today, Accra. The Ga people are organized into 6 independent towns: Accra (Ga Mashie), Osu, La, Nungua, Teshie and Tema. Accra became the most prominent Ga-Adangbe town and today it is the capital of Ghana. The Ga people were originally farmers, but today fishing and trading are the major activities. The Ga-Adangbe are organized into clans based on patrilineal descent.

The Akans, who can be further sub-divided into various sub-groups, are found in central and southern Ghana, and constitute one of the major ethnic groups in the country. Probably the most recognized (and largest) sub-group amongst the Akan, are the Asantes, who hail from the Ashanti Region of present-day Ghana. You’ve no doubt heard of the mighty Ashanti kingdom, as it is one of the things people associate with Ghana. The Ashantis come from a long line of wealth dating back to the Ashanti Empire, thanks to the rich gold deposits of the region. A significant feature of Ashanti culture is the use of Adinkra symbols widely used in fabrics, architecture, sculptures, carvings and pottery. These symbols represent messages of traditional wisdom and philosophy. The Ashanti are a matrilineal society where the line of descent is traced through the female/mother.

The coastal areas of Ghana including the Central and Western regions are home to Fantes, also a sub-branch of Akan people. Sub-groups within the Fante include the Nzema and Ahantas. Fantes have a dual lineage system. A noticeable characteristic amongst Fante people is the distinctive British influence, as a result of colonization, such as Anglophone versions of local names.

The Ewe ethnic group is found throughout the Volta region, extending into Togo. They are traditionally inclined when it comes to religious beliefs and tend to practice indigenous forms of religion (Animism) or a variation of Vodoun in some cases.  Many of their celebrations and ceremonies involve honouring the deities. Ewes are considered gifted weavers and any Ewe will tell you this with great pride.

An interesting cultural variation to note is the matrilineal system of the Akans versus the patrilineal structure of the Ewes.

As you head north, the prominence of Islam becomes more evident and this is where you will find the ethnic groups of the Dagombas, Mamprusi, Gurunsi, and Gonja. It is very common to see the local men from these groups wearing the traditional Ghanaian smock or “batakari” also referred to as a fugu.

There are also large numbers of Hausa, Fulani and Zongo communities in Ghana. No matter the ethnic or cultural group, it provides a great source of collective pride for individuals and even more surprising, is the level of tolerance and respect amongst the diverse groups.