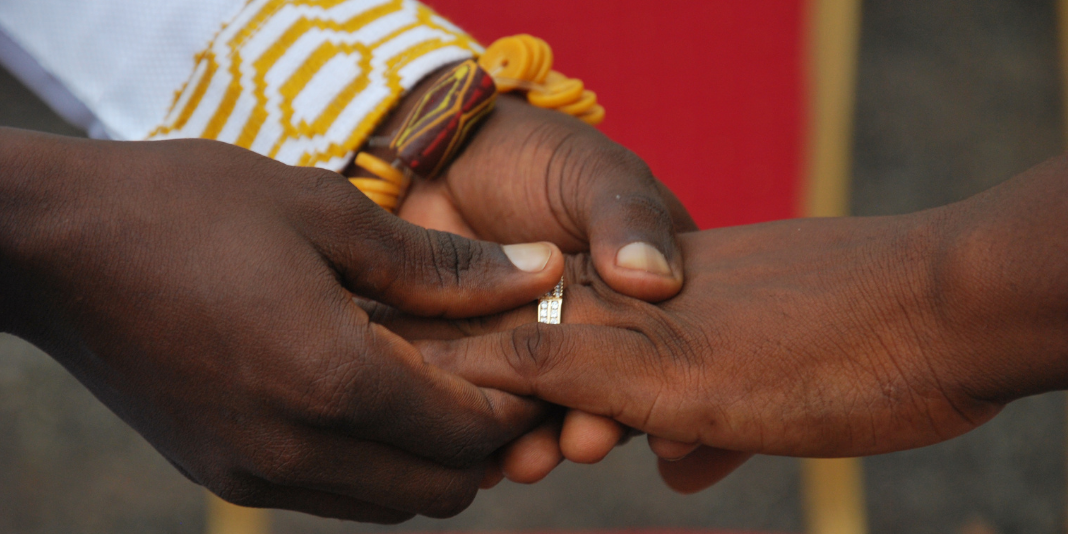 Every country has its own different types of marriages that are legally acceptable. In Ghana, marriage is not just a moral and legal union between a man and a woman to live together as partners, but also a union between families. The marriage can either be monogamous or polygamous depending on the type you engage in. The main reason for the marriage union is to produce children while for others it is for companionship.

Types of marriages in Ghana

There are three types of legal forms of marriage in Ghana: the Customary, the Islamic and the Ordinance Marriage and each class has its own demands in order to legalize them.

This is the traditional type of marriage which is the most popular and highly recognized in Ghana.  This kind of marriage between a man and a woman involves the performance of certain local customs. There are many differences in customs depending on ethnic groups in Ghana. Under the customary marriage, every essential detail about the couple’s family is taken into consideration. An investigation is done to find out if there is anything that can be of hindrance to the families uniting. Some of the inquires made by either families includes; if the partners have any criminal records in the society, if there are any diseases, is the nature of the families quarrelsome?, if man or woman is hardworking or lazy, can the man manage to look after their daughter etc.

Customary marriages can either be monogamous or polygamous. The man may have as many customary wives he may want. The marriages that fall under this category are usually registered under the Customary Marriage and Divorce Registration Law, 1985 (PNDCL112). For this marriage to be legal, the below are considered;

The registrar of Mohammedan marriages and divorce has to be notified within a week of the marriage. An Islamic marriage can only be officiated by an Imam, a Sheikh or a Kadhi. Polygamy is allowed under the Islamic law and a man can marry up to 4 wives.

Some of the notable elements to make this type of union valid include;

This is a marriage governed by the Marriages Act 1884 – 1985 CAP 127. The ordinance is performed by a licensed marriage officer. A marriage officer can also be a religious leader, licensed to perform marriages by the government. This marriage is the only marriage which is strictly a monogamous legal mean of marriage in Ghana and if one desires to be with another, then legal dissolution may take place first before remarrying.

Before the ordinance marriage can take place the following has to been done;

The marriage can either be held at the Registrar General Department with 2 witnesses from each side of the couple in attendance. The marriage can also be officiated in the church or place of choice as long as it is being officiated by a licensed marriage officer.